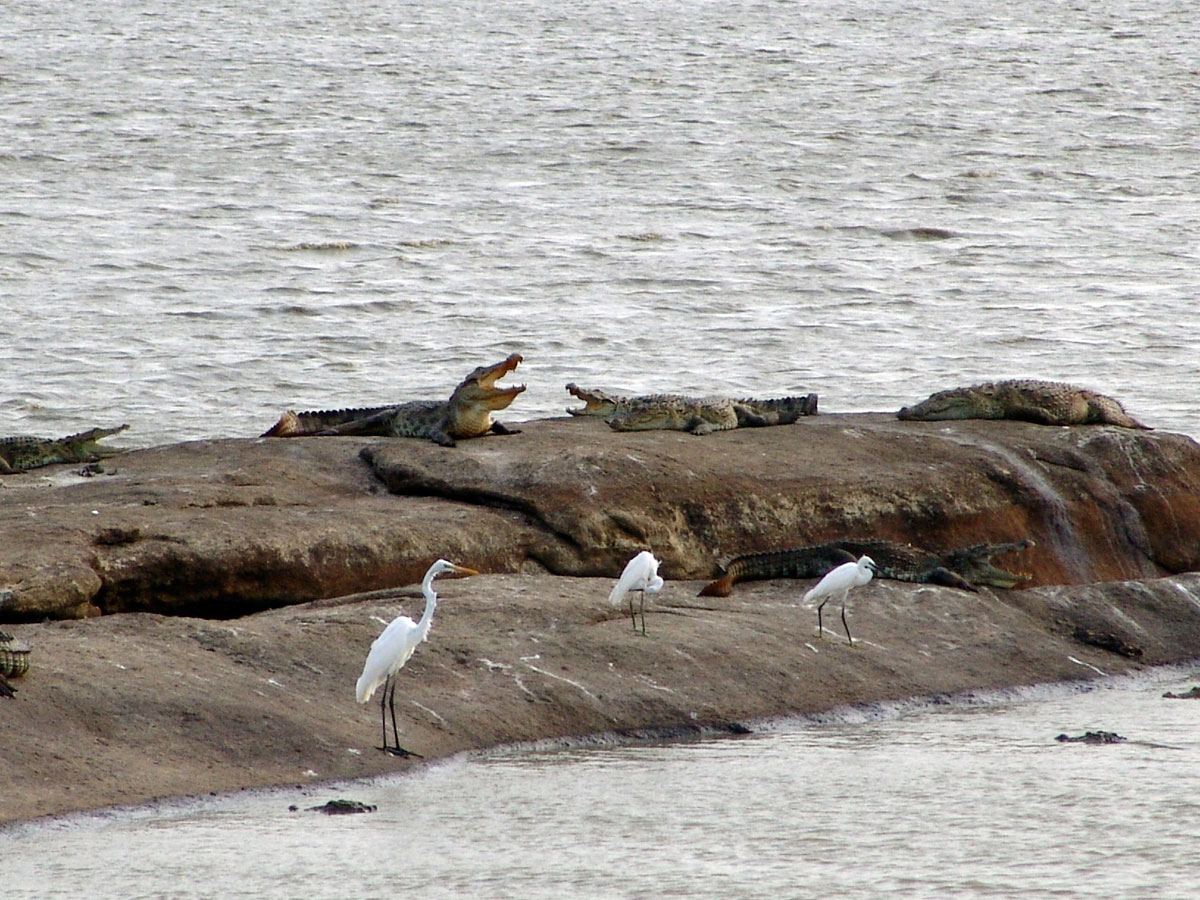 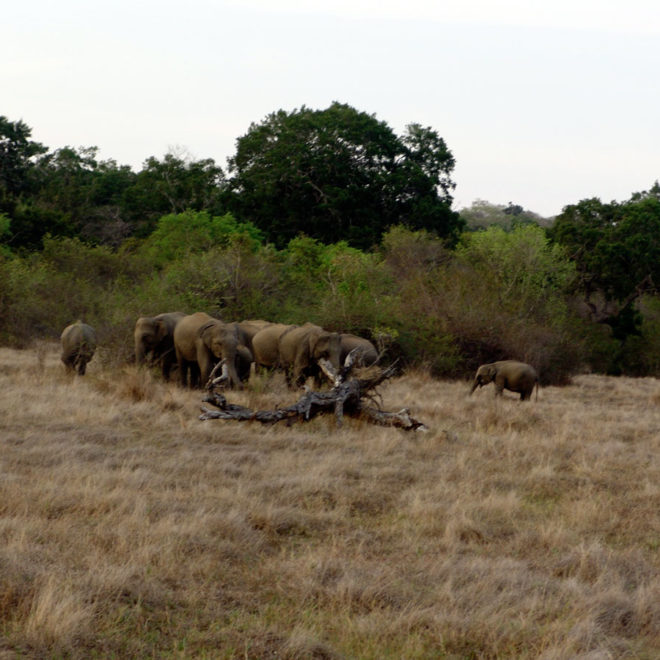 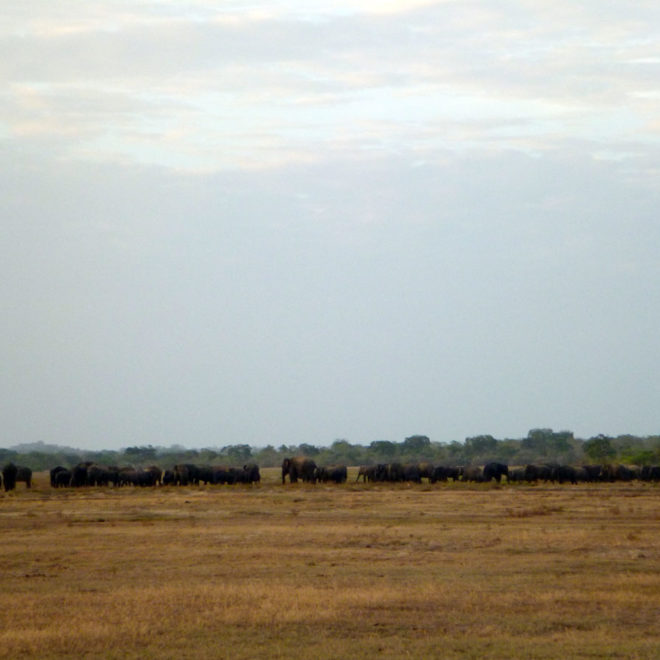 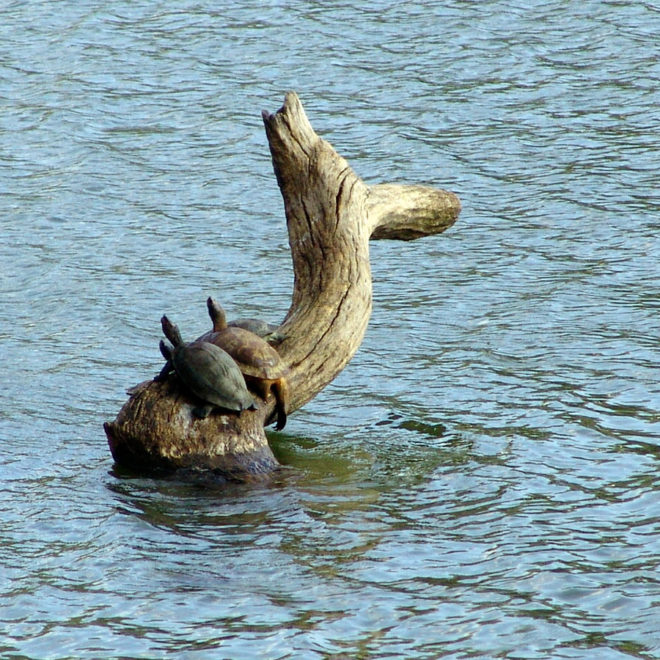 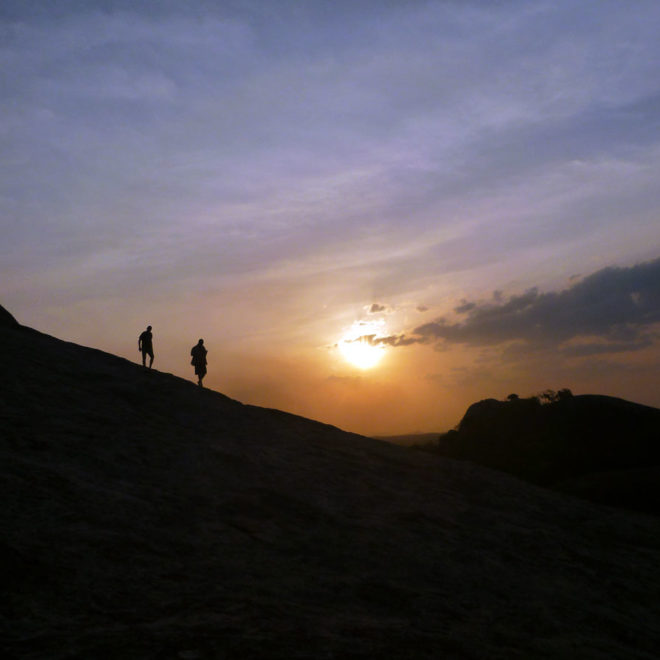 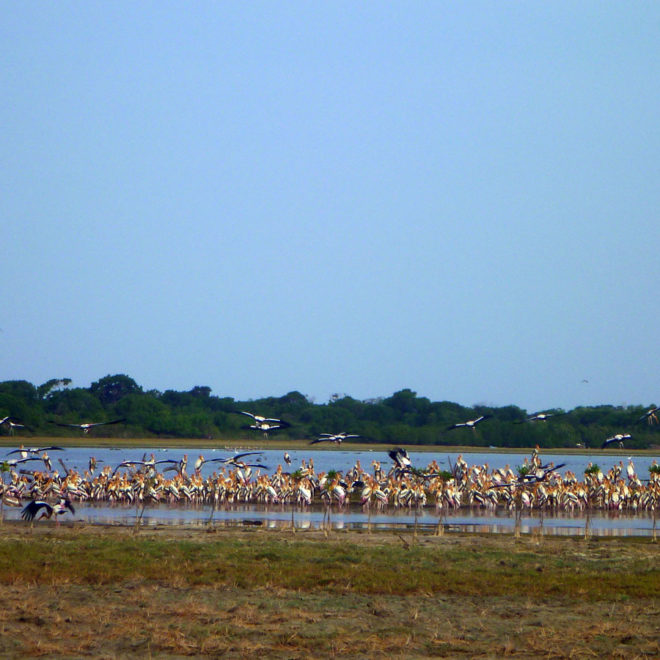 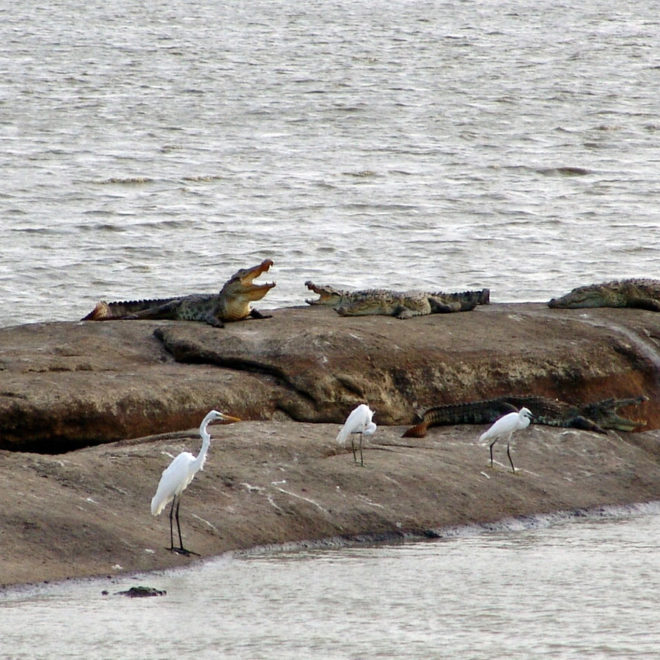 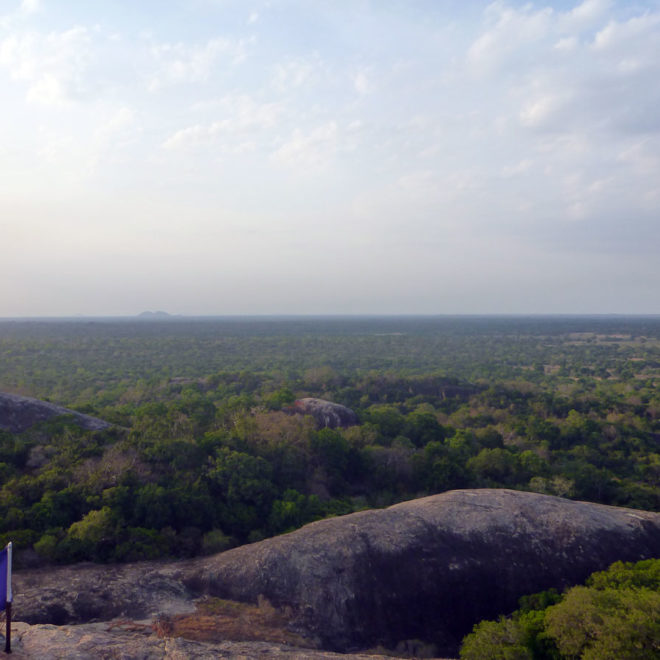 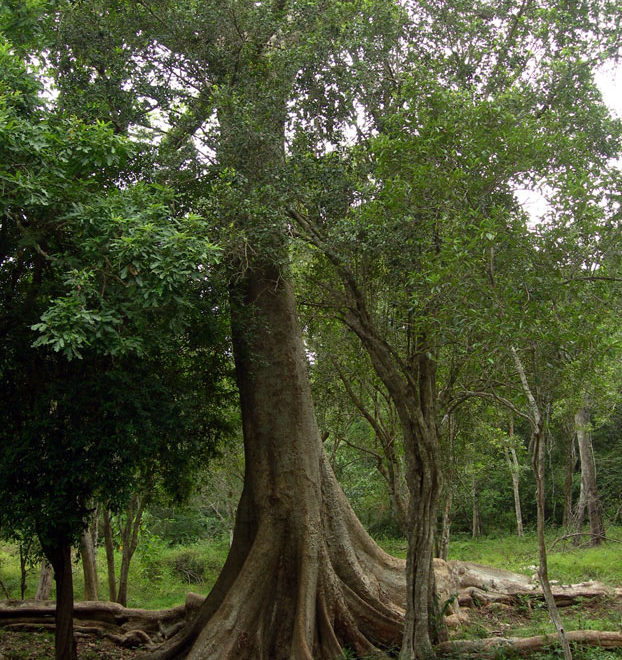 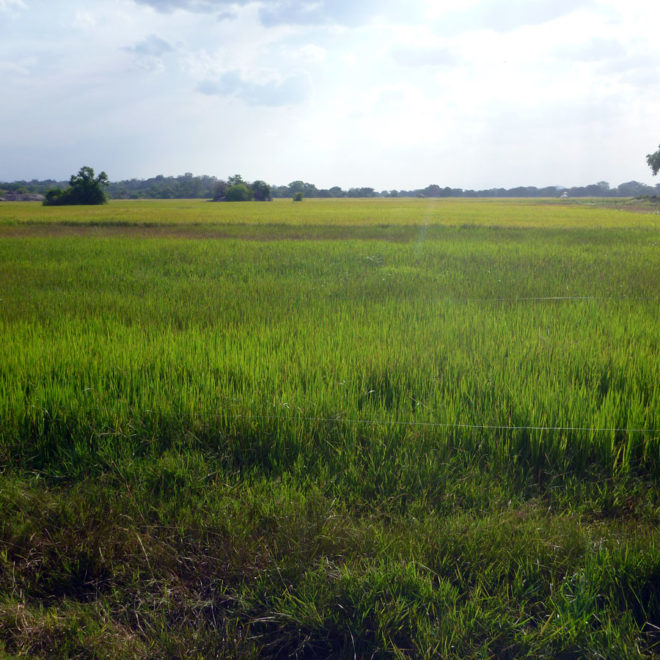 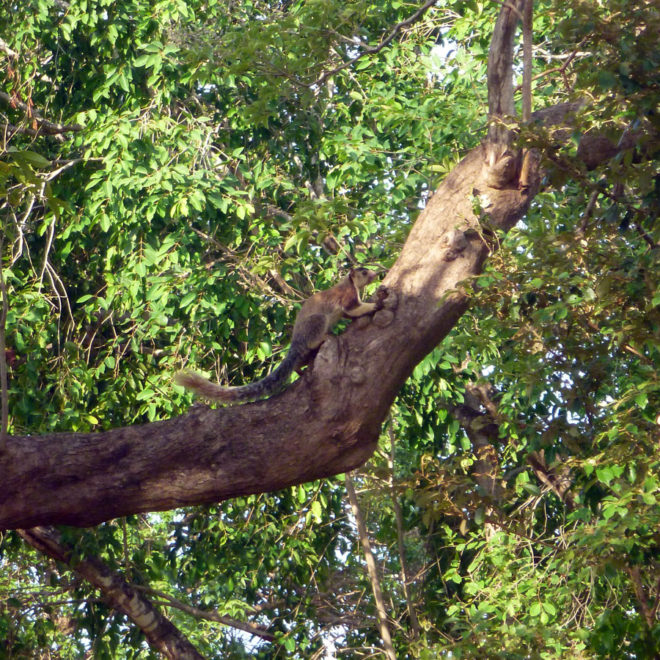 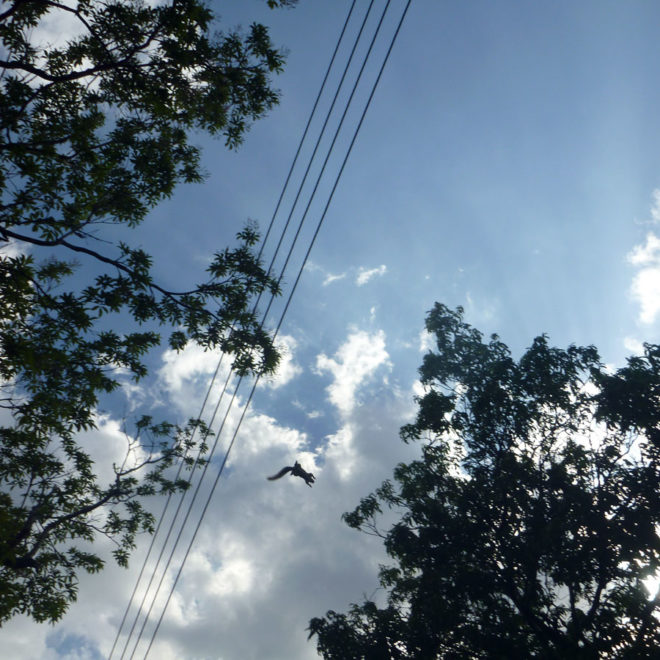 Two of Sri Lankas most famous National Parks are close to Arugam Bay!

Lahugala National Park is accessible within a half an hour drive. Lahugalas elephant population is large and easily seen. Herds can be spotted at dawn and dusk, drinking and bathing in the water holes or grazing in the tall grasses. In addition to the elephants, the park is home to many other animals such as the sloth bear, jackal, leopard, spotted deer, or wetland birds like pelican or white bellied sea eagle.

Yala East park, an hour drive south from Arugam Bay is best known for its variety of wild animals. The national park hosts a variety of ecosystems ranging from moist monsoon forests to freshwater and marine wetlands. Yala harbours 215 bird species including six endemic species of Sri Lanka. The number of mammals that has been recorded from the park is 44, and it has one of the highest leopard densities in the world. Two important pilgrim sites, Sithulpahuwa and Magul vihara, are situated within the park.